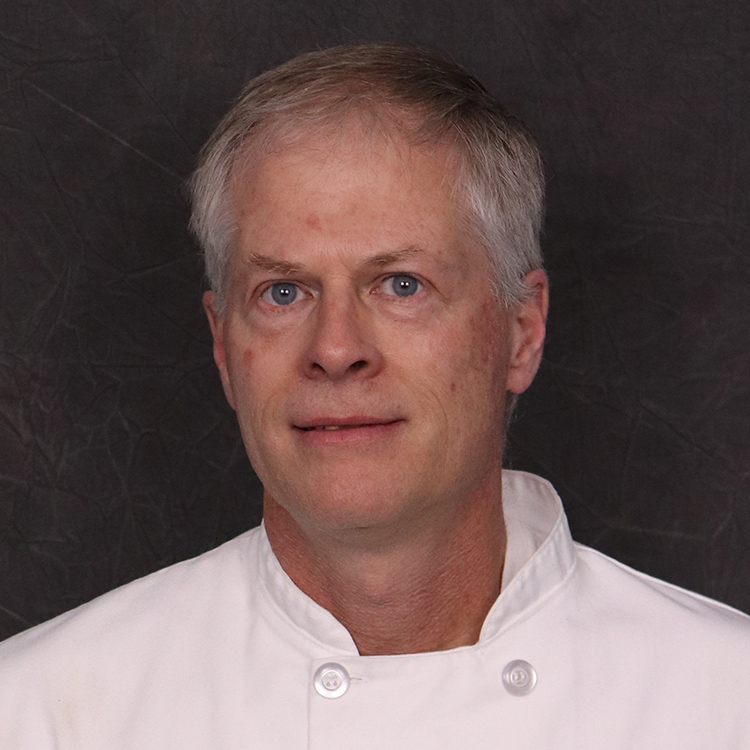 I was born and raised on the east end of Long Island, New York where fresh seafood and local farms were abundant. I spent much of my childhood fishing and hunting as well as preparing and cooking my quarry. This lead to my attending the Culinary Institute of America in Hyde Park, New York. After completing my studies, I worked at many fine hotels and resorts including the Hyatt Regency Grand Cypress, Westin Walt Disney World Swan, and the Registry Resort Naples. One of my favorite experiences was being part of the develpment team of Disney's first cruise ship, " The Magic". I spent a year with Disney Imagineering, and then a year working in the shipyards in Italy before taking the ship on its inaugural voyage. With Disney Cruise Lines I had the chance to travel and work with crews from over 30 countries. Being able to share experiences with such a diverse group was truly an experience I will always cherish. Now I continue to share these experiences with my students.