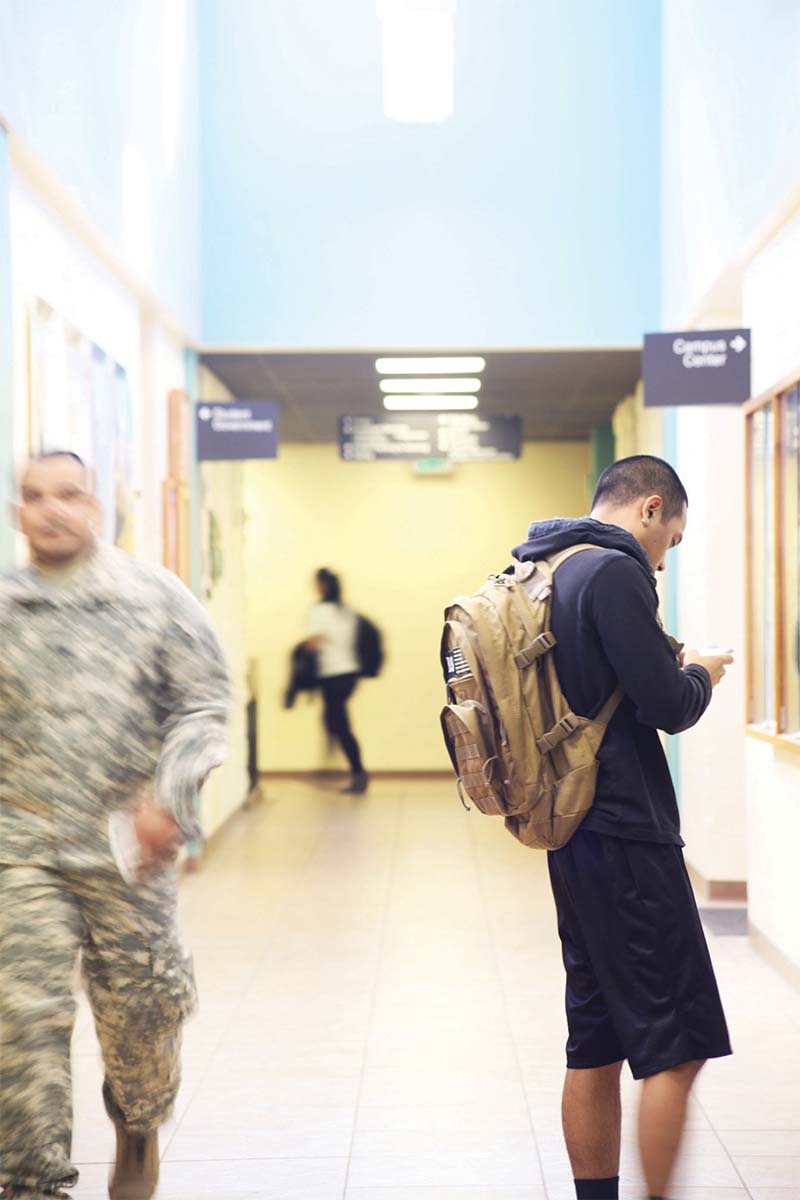 Service members and veterans, as well as their spouses and children, would qualify for in-state tuition at the Colorado Community College System’s 13 colleges and 40 campus locations under a Colorado bill that won unanimous approval in its first committee on Tuesday, Feb. 18.

House Bill 1275, sponsored by state Rep. Bri Buentello and Sen. Dennis Hisey, addresses the fact that servicemembers often move frequently and therefore may have trouble establishing residency needed to receive in-state tuition. The legislation impacts veterans and servicemembers from anywhere in the United States, their spouses and children 22 years or younger, as well as survivors of deceased servicemembers.

Army veteran Paul DeCecco, who now serves as director of the Military and Veterans Programs at Pikes Peak State College, testified to the House Education Committee that “this bill is an opportunity for the State of Colorado to again show how it values both servicemembers and their families, as well as easing the process of in-state tuition classification.”

He noted that military-affiliated applicants to Pikes Peak State College who aren’t Colorado residents may be deterred by the barrier of higher out-of-state tuition.

He recalled that during his 29 years of military service, his family moved 15 times, making it hard to identify any one state as “home.”

“By enacting House Bill 1275, the State of Colorado will send a strong a message of support for active and retired servicemembers and their families,” added Rep. Buentello, whose House district includes Fremont, Otero and Pueblo counties. “Because servicemembers may frequently move, it can be harder for them, their spouses or their children to establish residency in Colorado to receive in-state tuition at one of the Colorado Community College System’s 13 colleges and 40 campus locations around the state. This solves that by providing the benefit of in-state tuition even if they don’t meet the typical residency standard.”

DeCecco told the committee about a current Pikes Peak State College student, Lauren Newman, whose father died from injuries sustained in military service. Although she moved to Colorado, Pikes Peak State College provided a scholarship to bring her tuition down to the level of an in-state student. DeCecco read from a letter Newman wrote in support of the bill. It stated, “Though I was fortunate to have experienced the generosity of PPSC, I know there are others yet in my predicament not as fortunate.”

“The Colorado Community College System currently serves roughly 8,000 military-related students across the state,” said Chancellor Joe Garcia. “This important legislation reflects our commitment to servicemembers and veterans and aligns with our focus on removing barriers to education and workforce training opportunities.”

PPSC’s classrooms serve more military-related students than any other college of any kind in Colorado. Here are the numbers for academic year 2018-19: