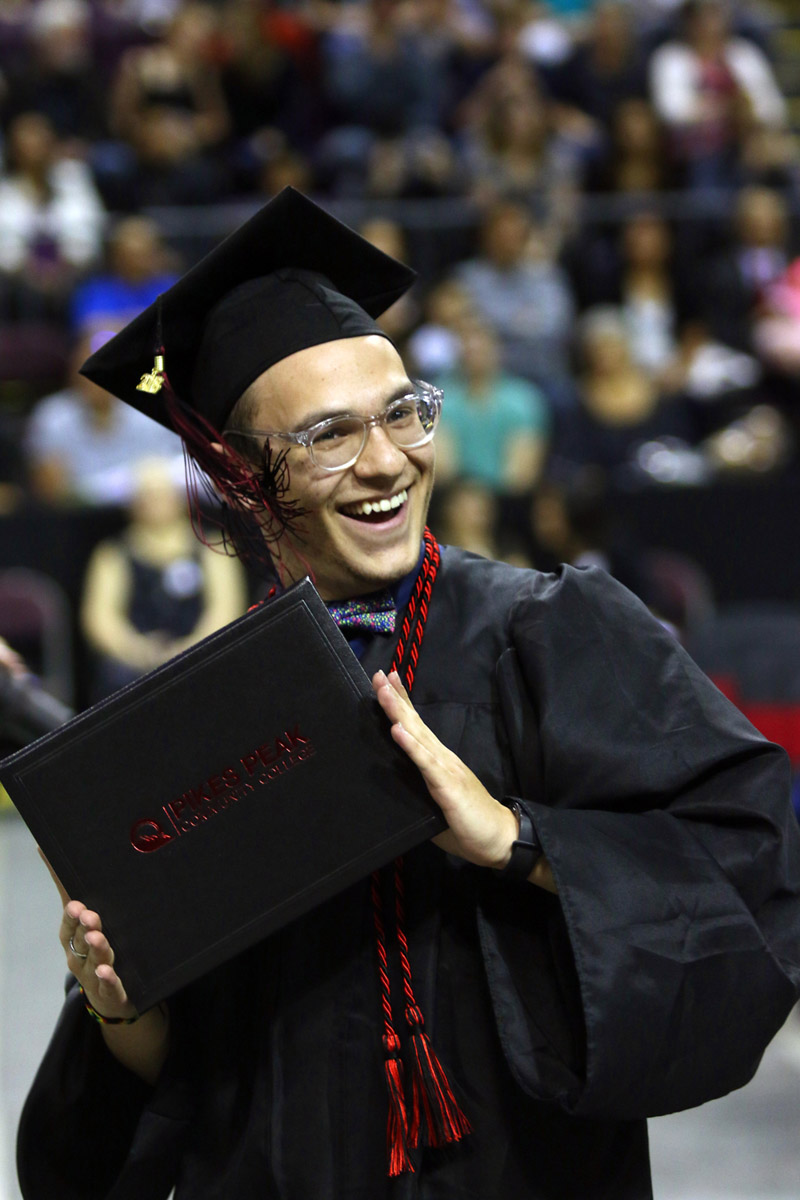 Pikes Peak State College Commencement ceremony is set for 10 a.m. May 11 at the Broadmoor World Arena, 3185 Venetucci Blvd. This year's keynote speaker is Jessie Pocock, executive director of Inside Out Youth Services, social justice advocate, vice-chair of the Colorado Civil Rights Commission, and PPSC alum. Like many PPSC students, Pocock found success only after tremendous personal challenges.Having just graduated from high school, she was living on the streets and struggling with alcoholism and substance use. She seemed to have little chance of achieving academic success. However, her one noteworthy early achievement, being awarded the “Sharpest Tongue” at CIVA High School, hinted at her future advocacy skills.

Jessie believes that two things changed the trajectory of her life forever: community and education. Community is what sustained her. It ensured she could show up fully and be supported to become who she is today. Pocock credits two of her PPSC professors with helping to create that community."They were determined to make sure I didn’t fail," she says. "Their support helped me to discover the transformative power and freedom provided by education." She went on to graduate with distinction from Colorado College in 2008 and was named the “2014 Graduate of the Year” at UCCS where she earned her Master of Public Administration degree. That same year, she was honored with the Grandma Lottie Nonprofit Entrepreneur Award -- an acknowledgment with a $5,000 monetary award from the Colorado Springs Independent. She is a queer leader, blogger, poet, writer, and real estate, investor. Her inspirational story will strike a chord with many PPSC students, a highly diverse group who also faced a wide range of challenges to reach graduation. Here's a look at PPSC's Class of 2019 by the numbers: