Home > About > 50th Anniversary > Welcome to Safeway U

Welcome to Safeway U

Welcome to Safeway U

In the late 1960s, Colorado Springs was on the move.

Fort Carson had long before traded donkeys for mechanized units, and Colorado Springs was growing from a modest tourist town to a modern city, powered by an ever-expanding military presence.

The post-World War II American Dream was spreading, thanks to a G.I. Bill® that funded higher education more than ever before. Baby boomers were becoming college-ready. Community colleges, which mixed academic and technical pathways, were the best investments cities could make.

Even though Colorado Springs was already home to the U.S. Air Force Academy, Colorado College, and the University of Colorado at Colorado Springs, a community college seemed a way to ensure that the boom would not go bust. 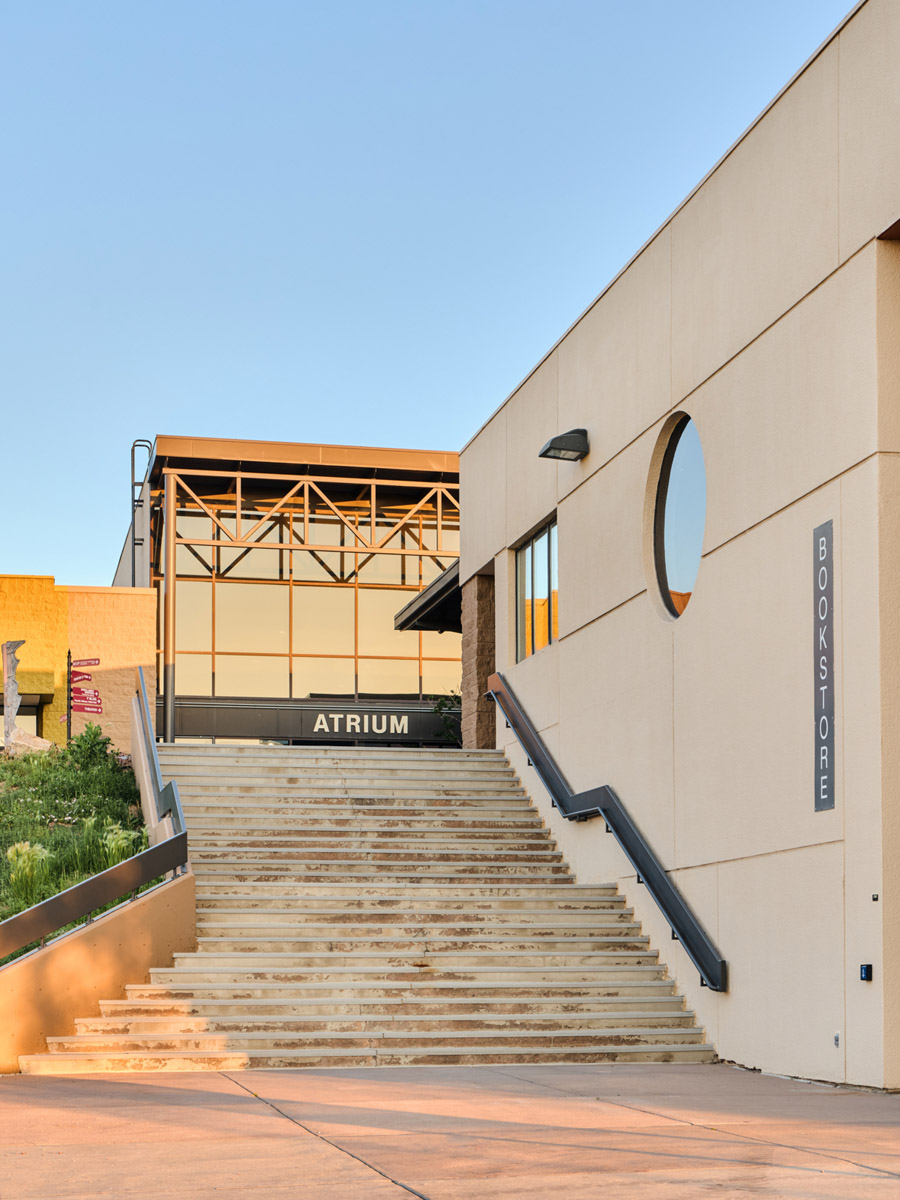 President Robert O. Hatton and three other staffers began the foundational work. As Hatton's executive assistant, Carol Van Lew recalls, “I was considering another offer to work for the president of a bank. But I was really excited about being involved in the development of a new college! Working with the first four was really exciting — to be in on the beginning of such a big endeavor!”

To call the college's beginnings humble would be an understatement. The original nickname was “Safeway U”—because one of its buildings was a former Safeway store at Robinson Street and 25th. That campus grew quickly to eight buildings. EPCC also “repurposed” other buildings around town for various functions. The dedication of the Administrative offices, at 5 W. Las Vegas St., took place Nov. 20, 1968.

In the mid-70s, EPCC began to move away from a scattering of buildings toward one large central campus.

EPCC negotiated for Ft. Carson surplus land (that the college had been leasing), and Congress approved. The Department of Defense sold the land to EPCC for $1 to support access for military students and their families.

College officials enlisted noted architect Clifford Nakata, a Japanese American who had suffered with his family in an internment camp during World War II, to design the campus in the popular brutalist architectural style. Nakata also designed the Pikes Peak Center, the downtown YMCA and the Pro Rodeo Hall of Fame.

One young man who worked on building that campus was Jim Johnson. He was 14 and working for his father, Gilbert Johnson, founder of GE Johnson Construction Company. Later president and CEO of his father's company, Jim and his foundation would be among the largest donors to the college's foundation, funding scholarships and the start of the college's construction program.

The new campus, dedicated on Aug. 18, 1976, received the name Centennial because of the U.S. Bicentennial and Colorado’s Centennial year. A couple of years later, the college got a new name, one that reflected the heights of its ambitions.

Pikes Peak State College was born on March 21, 1978. As had the city before it, but also not without controversy, the college dropped the possessive apostrophe in Pike’s.

The college's renewed ambition showed in its push to serve overseas students. With an Air Force contract, the college started an International Campus in Wiesbaden, Germany. It began with four courses, soon expanded to 26, and had plans to expand to 90 courses in seven European countries. Overseas enrollment waned, however, and PPSC scrapped the International Campus. PPSC would have other international programs later, such as today’s Study Abroad.

Closer to home, expansion continued. In 1986, PPSC opened the Downtown Studio Campus at 19 N. Tejon (now a People's Bank.) Its location in the heart of the city inspired a natural affinity for the arts and humanities. It moved in 1993 to the former St. Mary’s High School, first leased and then acquired in 1993.

At the time the college was growing its downtown presence, the northern part of the county was sprouting suburbs filled with potential PPSC students. In 1986, PPSC began to use Rampart High School evenings and weekends as a north campus.  In 1998, the college built the Rampart Range Campus, due east of the US Air Force Academy.

Through the following decades, with three major campuses, learning centers in District 49, Fort Carson and Peterson Air Force Base and more, PPSC continued to grow.

This theme of partnership has woven through the fabric of the college from the beginning and continues to this day. The Care and Share Food Bank for Southern Colorado has helped PPSC feed food-insecure students. United Way is helping students plug into a variety of vital support services. The Better Business Bureau of Southern Colorado has joined PPSC on a new Social Innovation program, training business majors how to make money and make a difference at the same time.

With such partners, faculty, staff, and students, PPSC has become the largest, most diverse higher-education institution in Southern Colorado, serving nearly 20,000 students and contributing an estimated $380 million annually to the local economy.

All this started with such a simple concept: create a college to serve the needs of an increasing population while powering the development of a growing city. What a smart idea and a clever investment that turned out to be.

GI Bill® is a registered trademark of the U.S. Department of Veterans Affairs (VA). More information about education benefits offered by VA is available at the official U.S. government website at
http://www.benefits.va.gov/gibil.
©