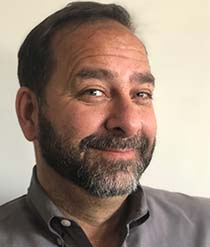 Warren has spent most of his career as a journalist, working as an editor, writer and critic at The Tampa Tribune and The Gazette in Colorado Springs. He also has written for Time Out New York, Outdoor Photography Magazine, Springs Style and Springs Magazine. His move into marketing and communications took him to local agencies as well as the Colorado Springs Fine Arts Center before he took the helm of the Marketing and Communications office at PPSC. Warren also has taught film classes at UCCS, produced theatrical productions and acted in community theatre. Representing PPSC’s downtown presence, Warren currently serves as chairman of the board for the Downtown Partnership.